Unless you are in a business that works frequently with transformers, they’re probably not something you think about on a daily basis. For most of us, transformers are “out of sight, out of mind” as we go about our daily lives, but the results of the work that transformers do are hard to ignore. Every time we turn the lights on, charge our cell phones, cook dinner, or do anything that requires electricity, we’re benefitting from the work of a transformer somewhere. And why is that? Transformers do one very simple but crucial task—take electrical power from an input source and step it up or down into a voltage we can use.

At the simplest level, a transformer is comprised of two coils:

The transformers we’re closest to are those we call distribution transformers—the transformers that step voltage down to something we can use in houses, factories, shopping malls, airports, and other domestic and commercial settings. Because electrical systems vary widely within distribution networks, there are several types of transformers designed for distinct applications.

Differences Between Liquid-Filled and Dry-Type Transformers

There are two basic categories of transformers—liquid-filled and dry-type.

What are liquid-filled transformers?

What are Dry-Type Transformers?

Dry-type transformers are primarily designed for indoor applications. Their insulation class rating is typically 220 degrees C. Dry-types cool by natural convection with the ambient air surrounding the windings; for this reason, the enclosure is usually ventilated. Their average winding temperature rise is higher than that of a liquid-filled unit, as they typically generate more heat under normal loading conditions. In general, dry-types will not handle overload situations as well as liquid units without additional design implementations. Since they contain no fluid, they don’t require any type of containment, which makes them the best choice for indoor installations.

“Padmount” is short for “compartmentalized, tamper-proof, pad-mounted” transformer. Due to their tamper-proof design, they’re most often used as a low-profile option for transformer installations in public areas like airports, college campuses, and department buildings. They’re usually green in color, which helps them blend in with surrounding outdoor greenery.

Padmounts have a front cabinet that encloses incoming and outgoing cable connections, as well as several devices for operation and monitoring. The cabinet can also house special bayonet-type fusing along with under-oil rotary-type load-break switches. This combination of fusing and switching within the transformer itself makes it an ideal standalone option in applications where additional switchgear is not ideal. This also often makes the padmount the most economic option for transformer installations.

Pole mount transformers, as their name suggests, are transformers mounted on high electrical-grade poles for power distribution. Because they’re typically built as single-phase units, they’re often found in residential areas where power is stepped down for household use. They can also be banked together in groups of three for three-phase applications in larger commercial and industrial areas. In recent years, single-phase pole mounts have been passed over for units that utilize underground distribution lines, such as smaller single-phase padmounts.

Submersible, network, or vault-type transformers are units designed for subsurface installations. Because of where they’re installed, they require a design that accounts for both space constraints and ambient temperature challenges. These units are typically used below ground in large, densely packed cities, serving apartments, office buildings, and the like. Their rugged design also accounts for the possibility of prolonged submersion in the event of flooding.

Low voltage dry-type transformers are typically rated on the primary and secondary at 600 volts and below. These transformers are most often used inside commercial and industrial buildings for stepping the building service voltage up or down for a piece of equipment that operates at a different voltage. These units are referred to as “general purpose” dry-types, due to the type of floor-mounted enclosure they employ.

Medium voltage dry-type transformers are most often built in a unit substation style enclosure and installed in a lineup with other electrical distribution equipment—in most cases, with a medium voltage switch on one end and a low voltage switchgear on the other. A single unit could also be a standalone transformer with cables coming into the primary and secondary via large junction boxes or air terminal chambers on each end.

Offered as a more rugged option for medium voltage dry-type applications, cast coil transformers have their windings completely encased in a resin epoxy material. Cast coils are best suited for applications where the moisture content in the environment is higher, or where the installation is located in adverse conditions where a dry-type transformer with exposed windings could be compromised.

Unlike regular two-winding transformers, the primary and secondary windings on an autotransformer are located on a single coil. They’re not ideal for applications where isolation between the primary and secondary is required. But the absence of a separate secondary coil often makes them smaller and more cost-effective, so they’re a good solution for many ordinary applications needing a voltage stepped up or down.

Drive-isolation dry-type transformers are designed for applications with motor drives, such as VFDs. They’re designed like standard isolation transformers, with two separate primary and secondary windings, but they’re also built to handle heavier loading profiles with higher levels of harmonics. These units are K-rated with a minimum rating of K-4. They also come with a larger 200% rated neutral conductor and an electrostatic shield between the primary and secondary coils. Drive-isolation transformers can be used for most applications where the harmonic content in the system is higher than normal.

If you’re still trying to determine which type of transformer would be best for your project, please reach out to us, and we’ll work with you to find the best solution for your particular application. Maddox has the largest inventory of ready-to-ship transformers on the market. Contact one of our sales representatives today for a quote on the transformer that will best meet your needs. 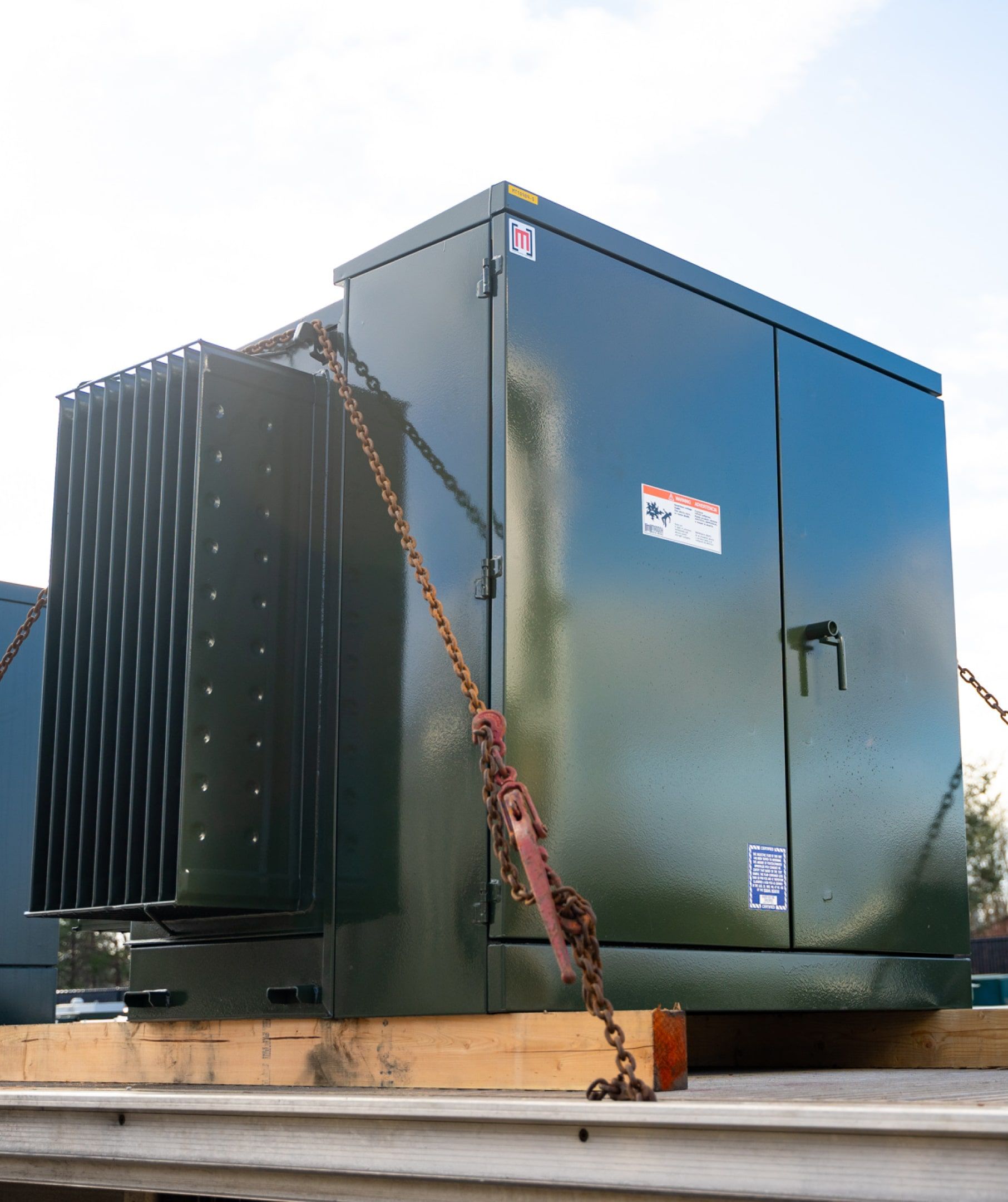 Find out how Maddox can power on your next project