Transformer Maintenance: Dissolved Gas Analysis and How to Pull an Oil Sample

An electrical transformer oil sample should only be drawn by qualified professionals according to NFPA 70E electrical safety standards.

Why get a Dissolved Gas Analysis

It shouldn’t come as a surprise that an electrical transformer can experience a host of problems. Thankfully, each problem leaves traces of its existence in the form of gasses, which dissolve into the transformer’s insulating oil. So to catch problems early on, you can use a test called a Dissolved Gas Analysis (DGA).

The DGA has long been the most reliable and accurate method for determining the internal health of oil-filled transformers. The analysis requires drawing an oil sample from the unit, extracting the gasses from the sample, and analyzing the gasses through gas chromatography. The results of the chromatography tell the lab about different problems that may be arising inside the transformer. Some modern transformers have gauges on them that read levels of dissolved gasses in the oil in real time. But usually, the oil must be drawn and sent to a lab.

Common transformer problems and the gasses they produce include:

If left alone, these problems will eventually lead to a catastrophic failure of the transformer, costing you thousands or tens of thousands of dollars. But an annual DGA will allow you to identify these problems so you can avoid the cost and inconvenience of repairing or replacing your unit. Below, you’ll discover how to order a DGA oil sample kit, as well as step-by-step instructions on how to draw an oil sample.

How to draw an oil sample for a DGA

To have a DGA done on your transformer, you’ll need to draw an oil sample with a sample kit from a company like SD Myers, then ship the sample for analysis. The sample should be drawn by a qualified professional in accordance with National Fire Protection Association (NFPA) 70E electrical safety standards. Below, we’ve outlined the steps involved in drawing your oil sample.

Most transformers have an operating pressure of around 2 PSI. Before the sample can be taken, the vacuum/pressure gauge must read “0.” On a Maddox 3-phase oil-filled padmount transformer, relieve the pressure by venting the automatic pressure relief valve that's built into all Maddox units. 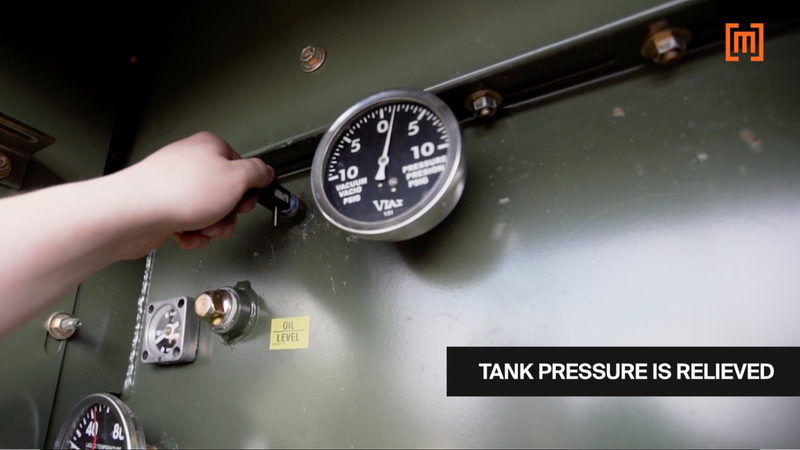 On the outside of the transformer is a port for drawing oil samples. Remove the cap from this port and open the drain valve to purge moisture, dirt, or other contaminants from the port and into a bucket before drawing the sample. If these contaminants aren't purged, they may end up in the sample, affecting the sample quality and, therefore, the accuracy of the test results. Some people also recommend removing the drain plug on the end of the valve and cleaning it, just in case any contaminants are stuck to the back wall of the plug. But usually, this isn't necessary.

Attach a small piece of plastic hose to the valve. This hose will act as an adapter between the valve and the oil syringe. Open the drain valve again to purge contaminants from this hose into the waste bucket. 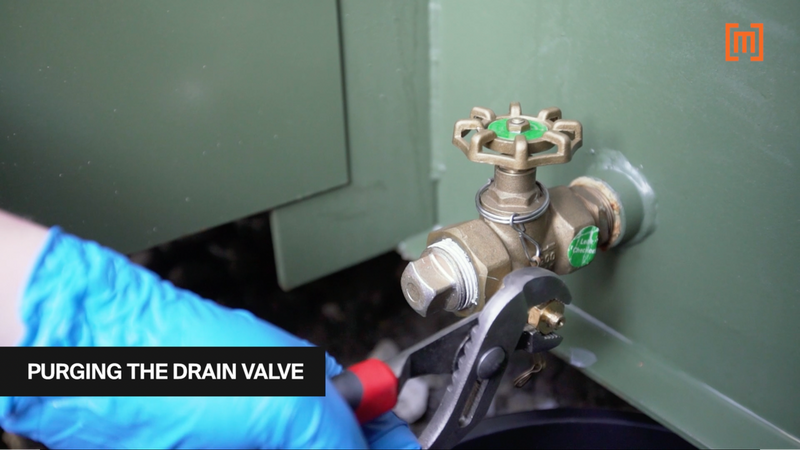 Step 3 - Prepare the syringe and pull the sample 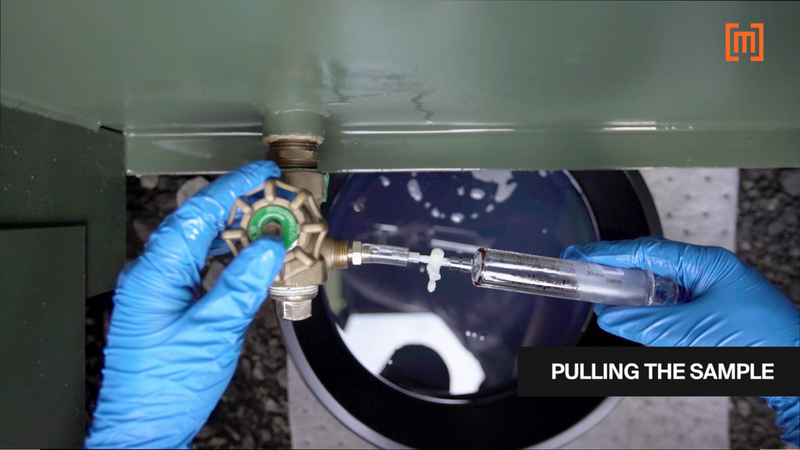 Step 4 - Evacuate air from the syringe and pack the sample

After the sample is pulled, the air in the syringe must be evacuated. With the syringe pointed up and the syringe’s valve closed to either the bleeder or the hose, push the plunger up, forcing out all the air and a little bit of oil until the 50cc mark is reached. Then, set the valve to the closed-to-syringe position, wipe the syringe clean of oil, and pack it for shipment. Once your sample is in the mail, you can expect to get your results within a couple of weeks. 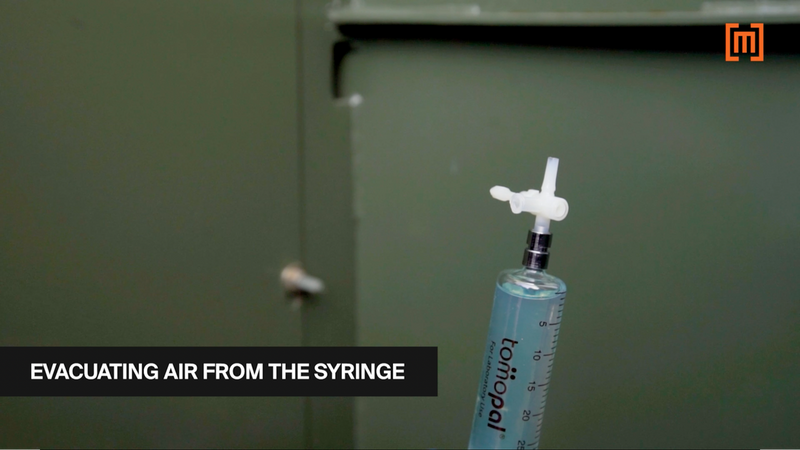 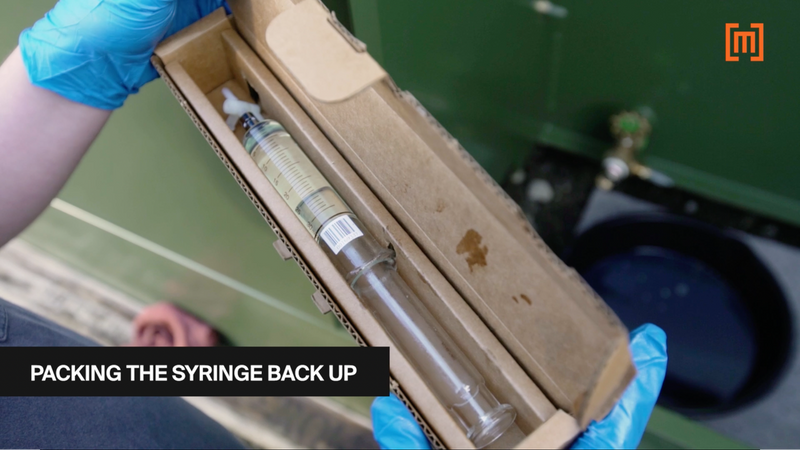 Re-attach the sample port cap and dispose of the excess, contaminant-filled oil according to EPA guidelines. Finally, re-pressurize the oil tank with nitrogen and close it. 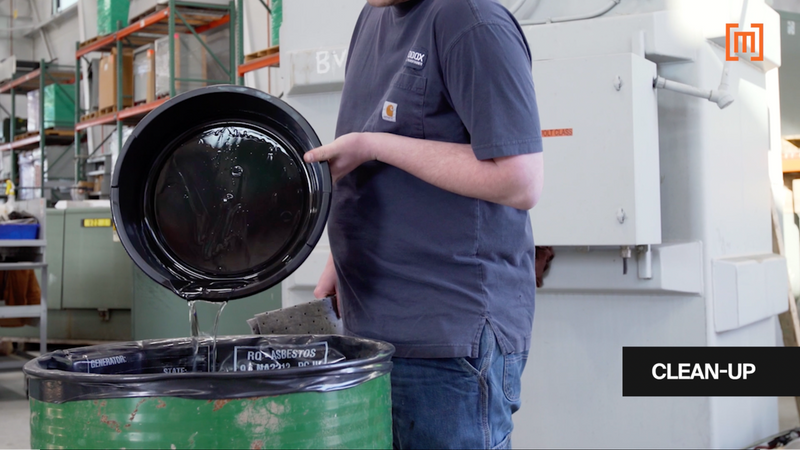 With supply chains as back-logged as they are, the most economical and efficient way to keep the power on is to listen to your transformer on a regular basis. An annual DGA will translate any growing problems and pending failures into actionable info so you can preserve your current unit and maximize its lifespan.

Need a DGA done on your transformer? You can get an oil sample kit here. You can also check out this video for a visual walkthrough of how to draw an oil sample. And let us know if you have any other transformer-related needs.

Find out how Maddox can power on your next project